The Iron Nerve of a Soldier

In the charge at Ruff’s Mills, Georgia, in which the Twenty-seventh Ohio participated, I was wounded and while lying under a tent fly, awaiting attention from the surgeons, I saw under the same fly an improvised Surgeon’s table and on this table was a man who had been shot through the leg. He was a member of Company B of the same Regiment. The wounded soldier who was a German, refused to take an anesthetic and the doctors and soldiers who were attending him were compelled to continually push his body back on the table, as he attempted to rise, evidently to see what the surgeons were doing. After the operation was completed and the stump was tied up, the wounded man, who, as it happened, had been formerly a cooper, sat up on the table, threw his legs over the side and jumped off, alighting on his one good leg. Swinging the other, he exclaimed, “Py Golly, I can make parrels yet.”

This happening impressed itself vividly on my mind, but I did not see him again until thirty-four years after the war at which time I was driving down Naghten Street in the city of Columbus, when I saw a peg legged soldier plodding along the sidewalk going in the same direction. I drove to the curb and and took the old soldier in to give him a lift. Tapping the wooden peg leg as the soldier sat on the seat beside me I asked, “Where did you lose your good leg?” “At Ruff’s Mills, Georgia, July 4th, 1864.” was the answer. I looked him in the face a moment and recognized the wounded soldier. It was George Evercourt that I had seen jump off the table under the fly tent, not deploring the loss of his leg, but exulting that he was still able to make barrels and I said to him, “Well, I saw the surgeon cut it off.” George Evercourt of Company B died March 20th, 1908. 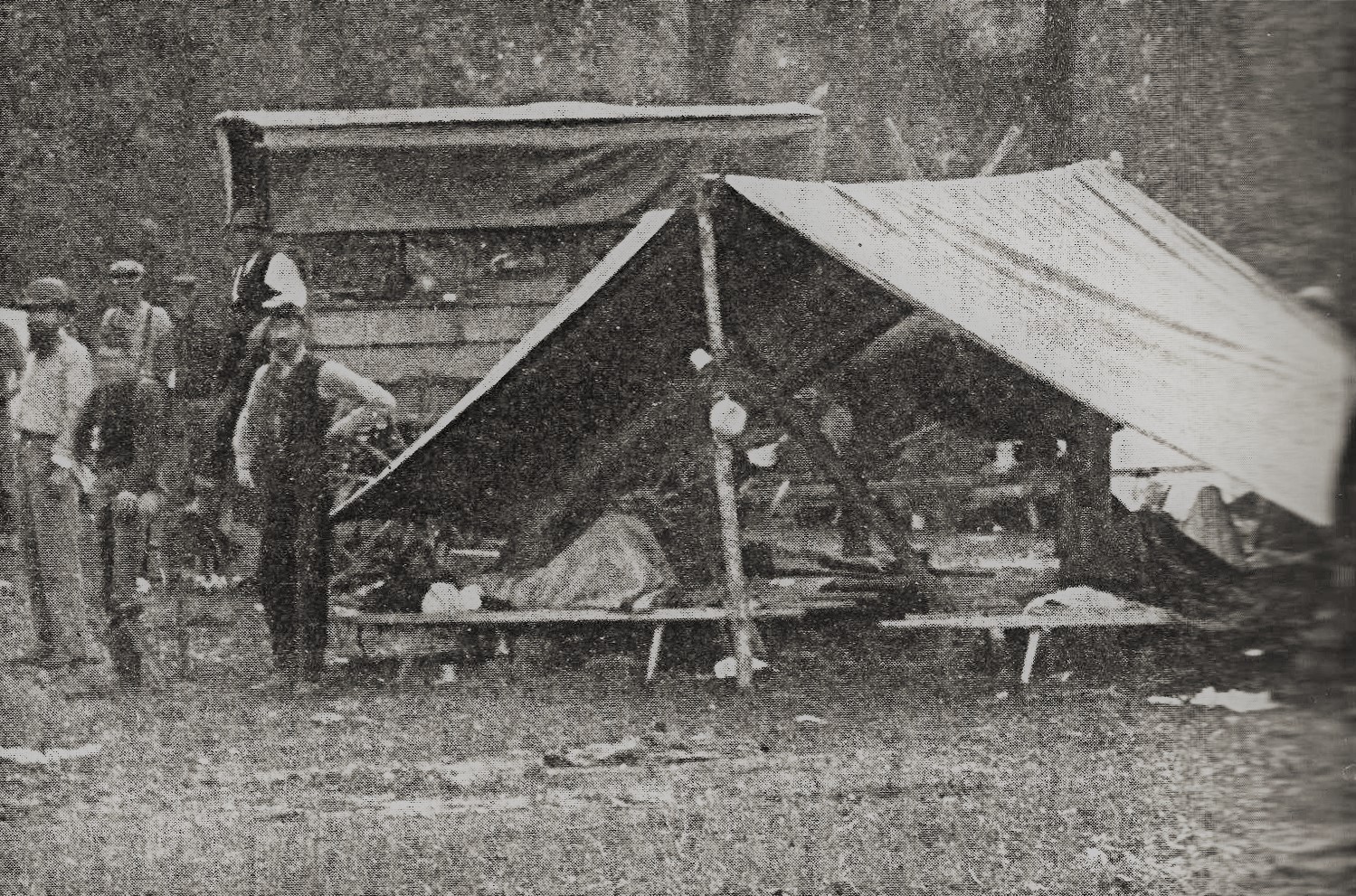 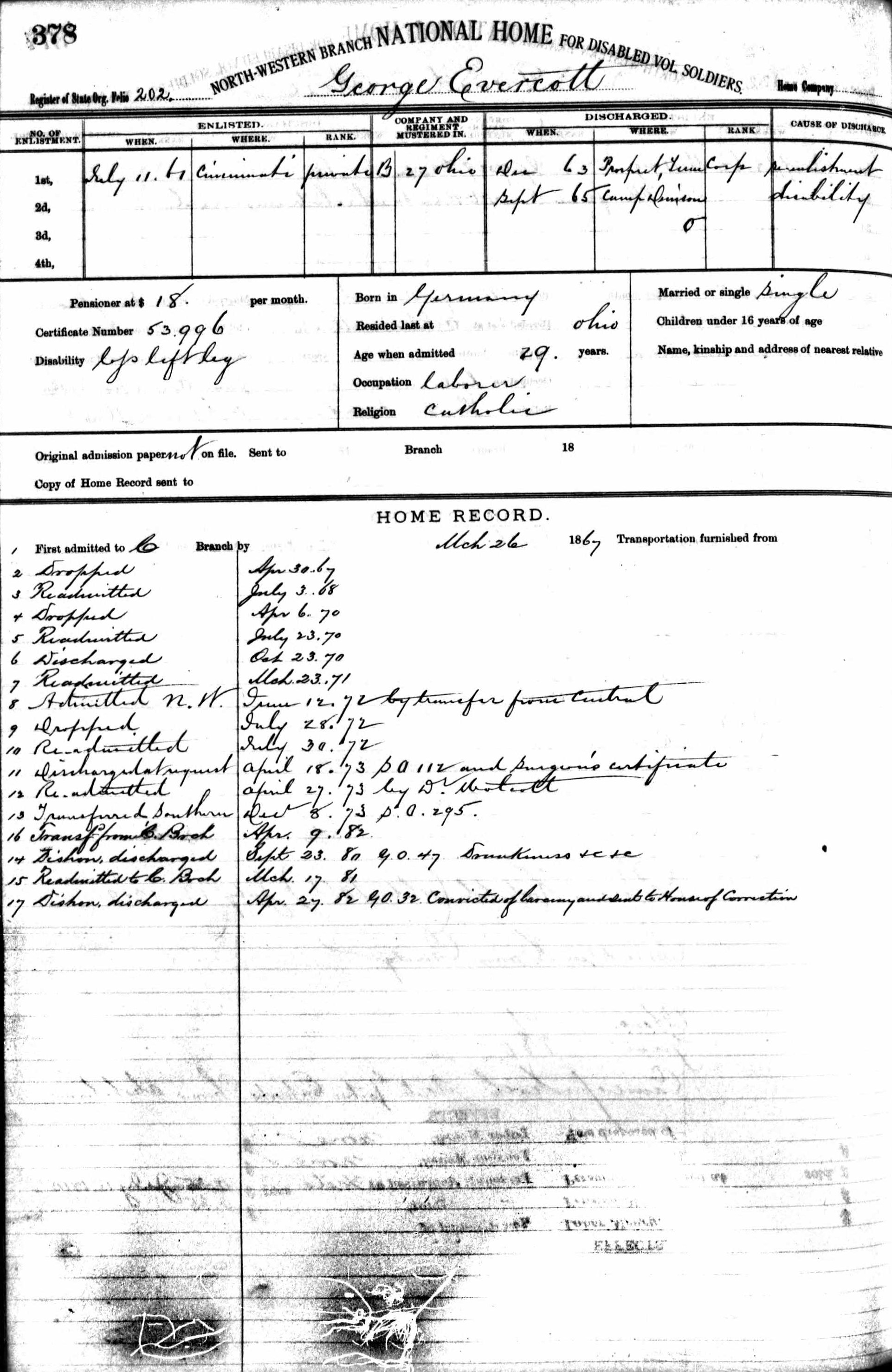 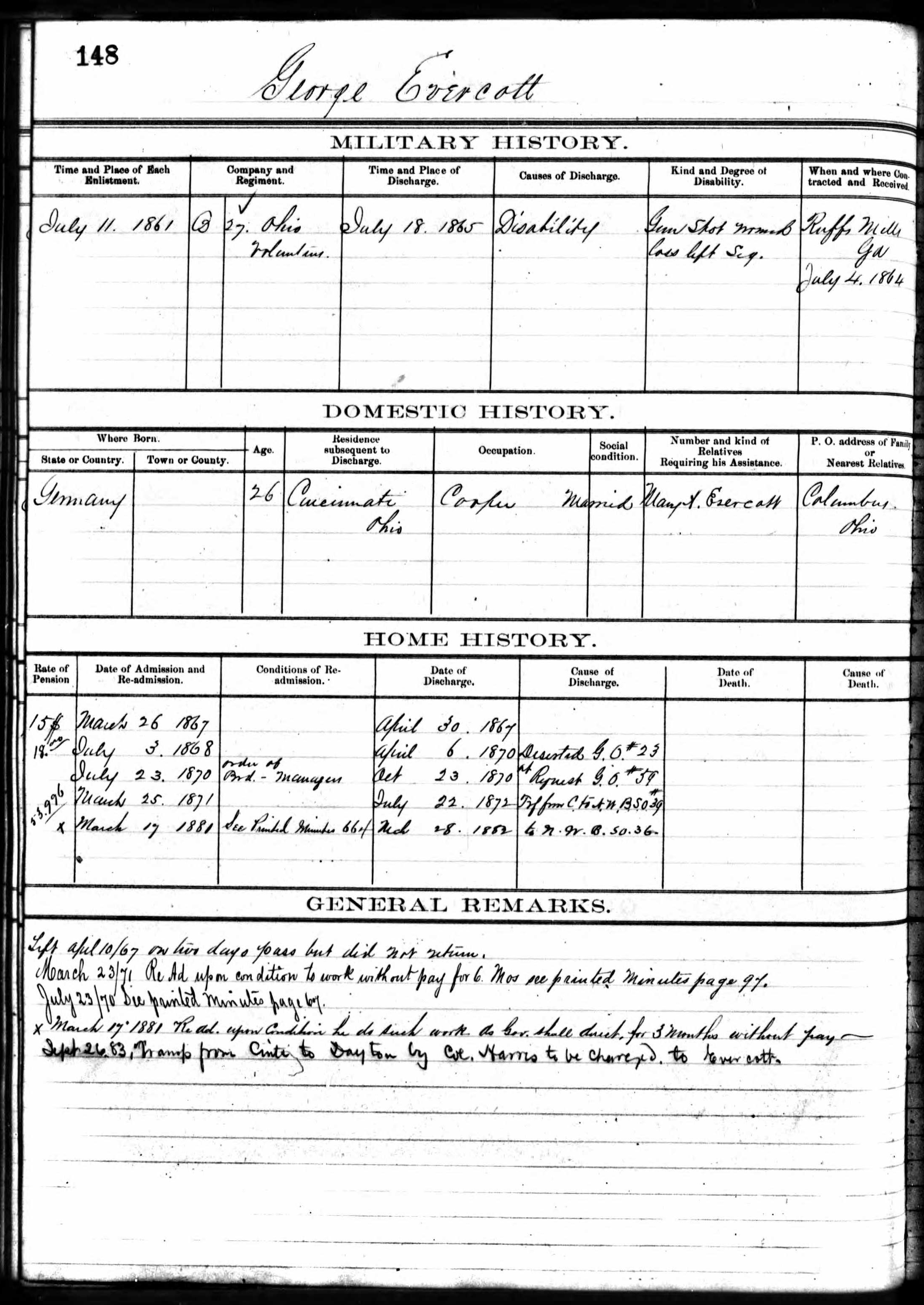 The 1880 census also has a disabled veteran, George Evercott, living at the National Home for disabled Veterans in Hampton, Ohio, who gave his occupation as ‘Cooper’ on line number 4: 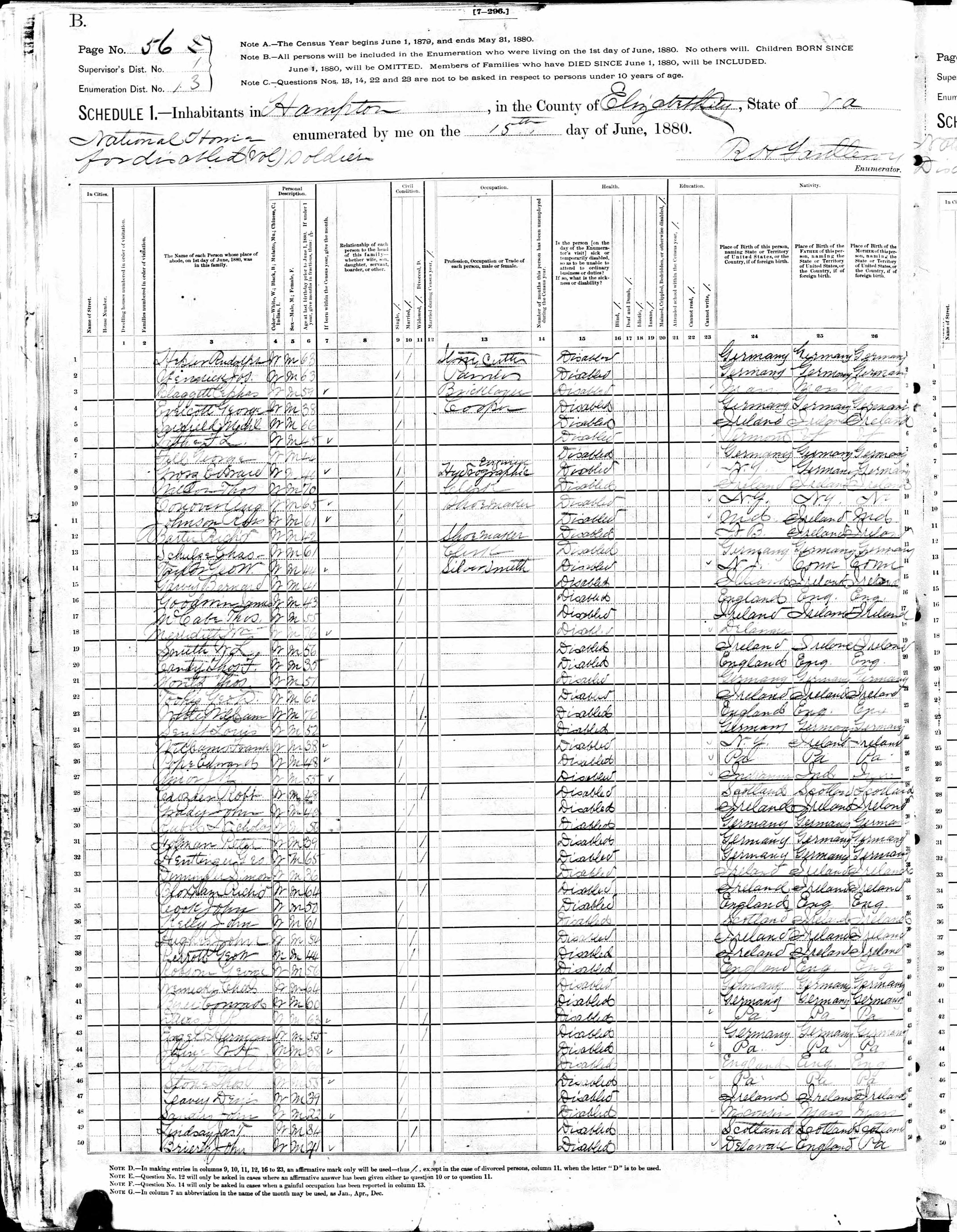 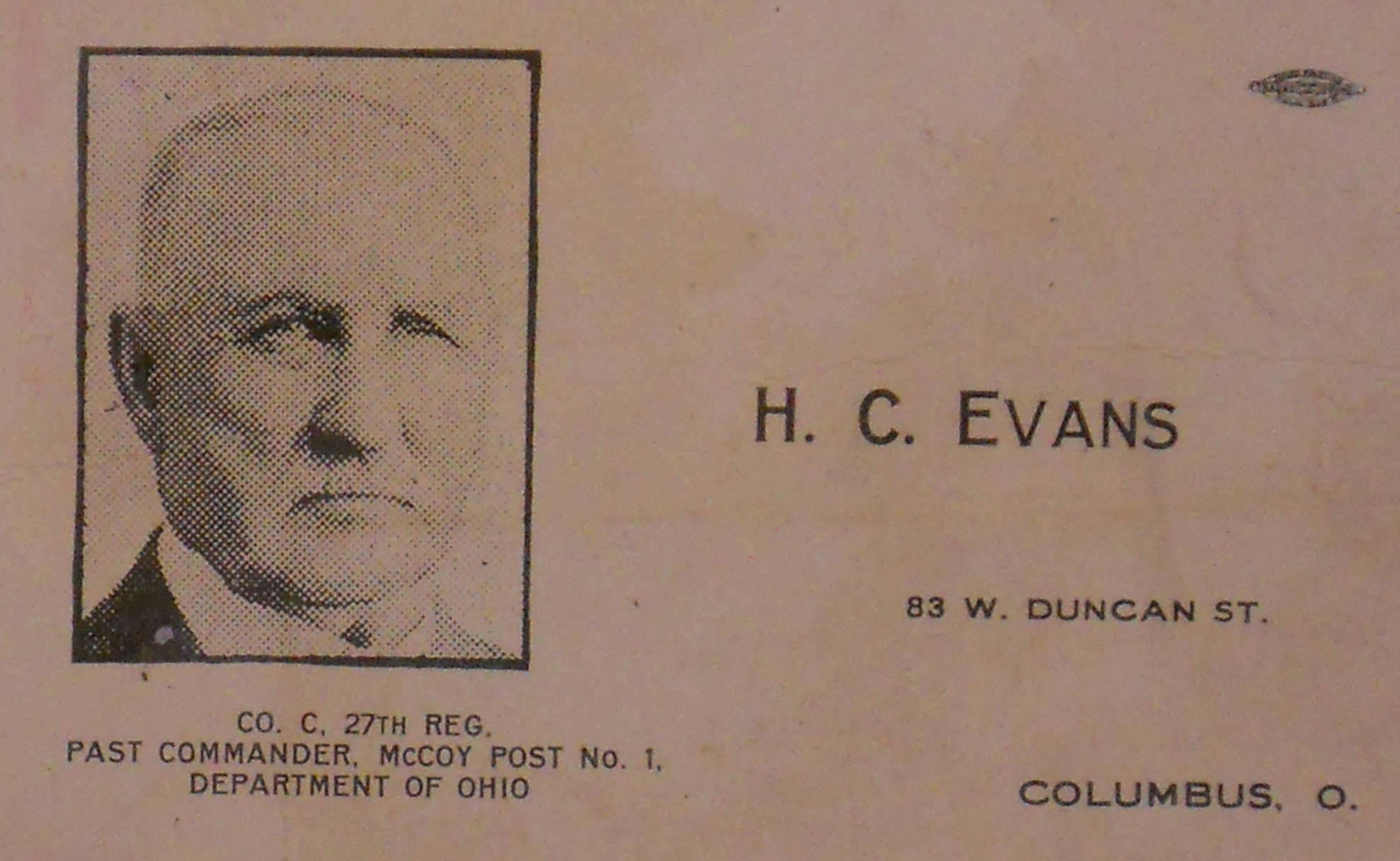 Are you enjoying this? Help us by sharing it: